The “Ads” section is filled to the brim with clever, insightful and downright hilarious ads from top tier clients like AT&T, GE, HBO and Pepsi.  A formidable portfolio built to envy.

Then, you get to his ‘Not Ads’ section.  And the envy kicks into high gear.  His work for Swing Left with Samuel Jackson that helped get two senators elected to office.
His photoblog, The Stockphotobomber, that became a popular meme (20+ million views)

His animated series of shorts called Ma and Frankie about a 30 year old man who never left his mother's womb, that Comedy Central ran starring Olympia Dukakis and Kevin Dillon as Ma & Frankie.

His InstructoArt is a graphic design masterclass in cleverness.

It’s obvious the man loves his work.  We know we do too. 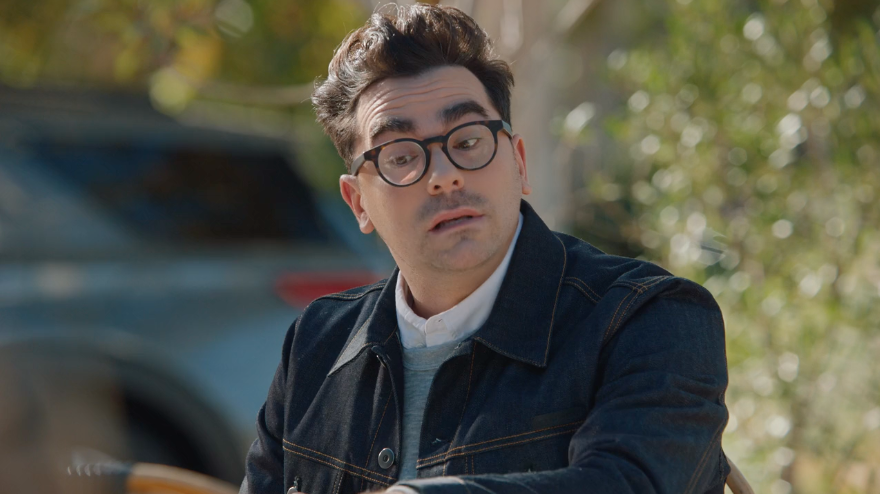 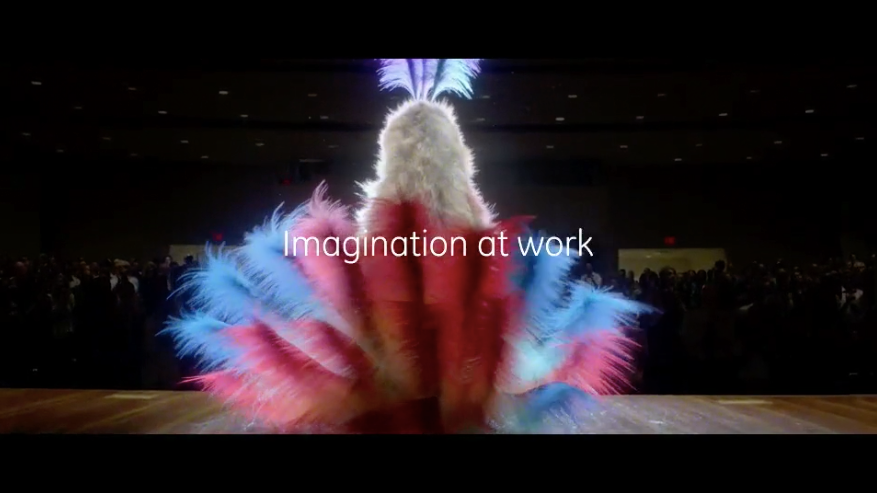 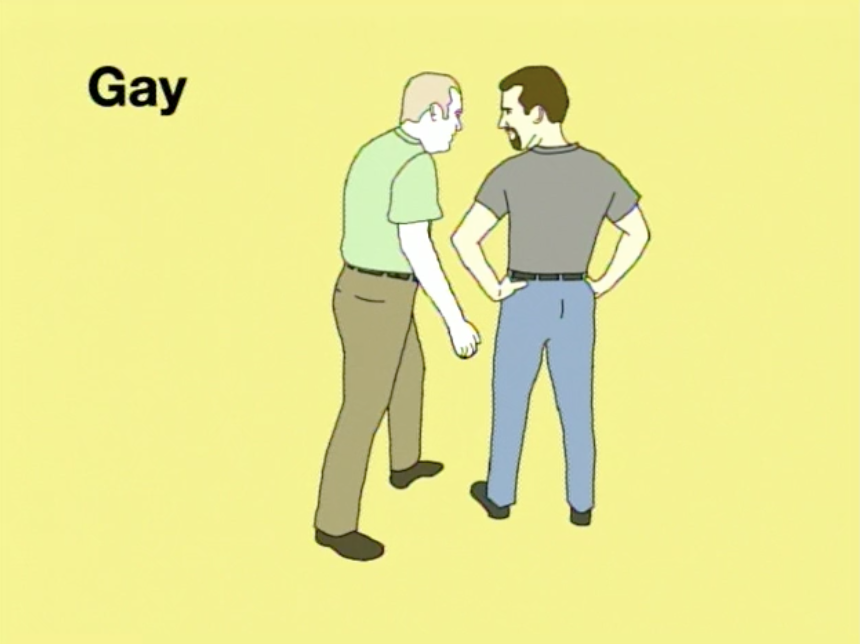 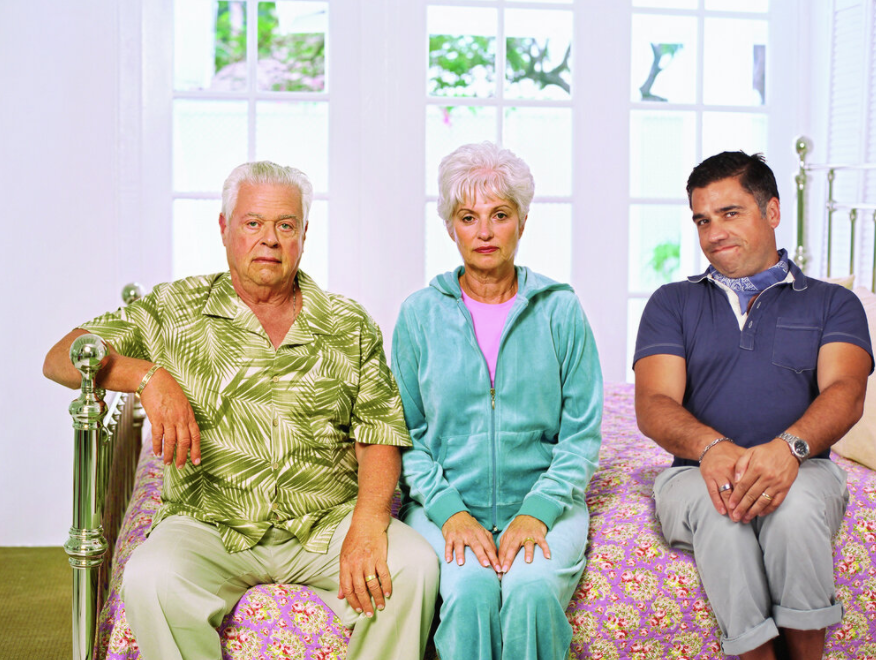 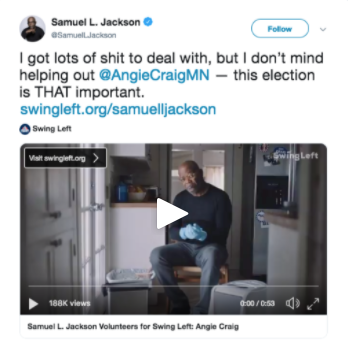 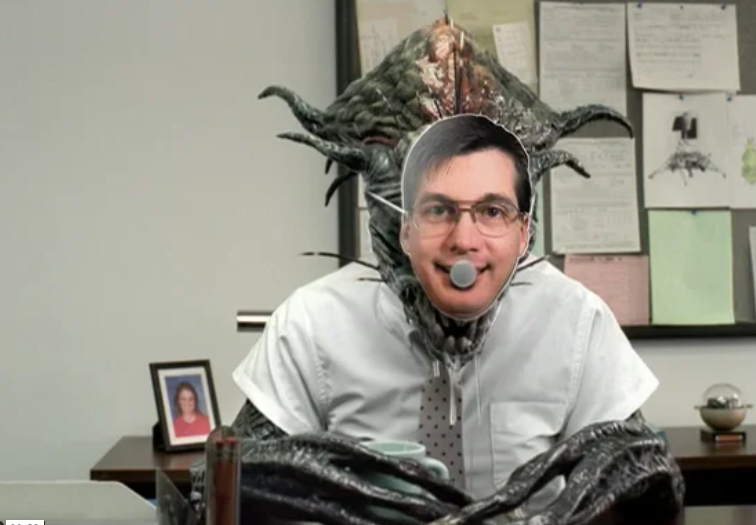 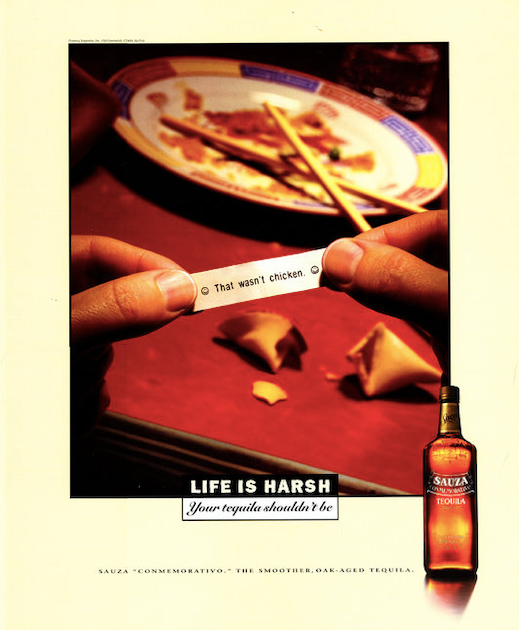 Is ageism in the industry something you thought about in your 30s?  Your 40s?
When I was in my 30s and 40s I used to say that I didn’t want to wind up being a 50-year-old freelancer and here I am a 50-year-old freelancer. I might have thought that because from the moment I got into advertising I heard people say things like: “It’s a young person’s business”. So maybe I was programmed to think that I would become irrelevant and out of touch. Turns out my younger self was wrong. So far being a 50 year old freelancer is pretty good. I just don’t want to be a 60-year-old freelancer, that’s got to suck big time.
There I go again.
"It’s not like the agency calls me up and says, 'By the way we were going to use you for this job, but you're an old fuck and we decided to go with someone younger.' That would be very mean."

Is ageism something that’s affected you?  What are some of the challenges you faced as a person who was getting older in the business?  Do tell.
Honestly I really don’t feel like it has. Part of the reason might be because I’ve been freelance for the last 20 years and I think that has insulated me. As a freelance creative you only get called about the jobs you get called about. I guess there might have been times when an agency decided to hire a freelancer other than me because they were younger, but I wouldn’t know. It’s not like the agency calls me up and says, "By the way we were going to use you for this job, but you're an old fuck and we decided to go with someone younger." That would be very mean. The biggest challenge for me was reinterpreting my ideas so they would be effective at reaching people as their relationship with advertising changed. There’s more barriers to connecting with your audience, but I also see a lot of opportunities. Sure people can skip your ad, but on the flip side the fact that ads started to allow people to interact and become part of the experience opened up new ways to execute concepts.
"I followed an idea I thought was cool and then followed the opportunities that I saw from those ideas."

Did the reality of the ad industry contribute to the decisions you made/the path you’ve taken?
Yes it did. I had to periodically take a look at the ad landscape and adjust. It’s like creatives are prairie dogs spending all day digging burrows, once in a while you have to poke your head out of your hole (That came out wrong. Or on second thought, maybe it came out just right) and take a look around to get a lay of the land. As a freelancer I also work on a lot of side projects and oftentimes I will let them take me down a path not exactly sure where that’s going to lead me. Like when I started doing the Instructoart illustrations, I only did them because I thought they were interesting and funny. I had no grand plan at the beginning, I just kept doing them. Once I had a few of them, I started to see the potential and that it could be something more, so I reached out to MTV. The next thing I knew, I spent the next 5 years as an “Instructoartist”, whatever that is. And I created 18 animated shorts for the network.  I fell in love with animation in the process. Now ad agencies hire me to animate campaigns for them. I would love to tell you that that was my plan all along, but I’d be a big fat liar if I did. I followed an idea I thought was cool and then followed the opportunities that I saw from those ideas. The same thing happened with The Stock Photobomber stuff I was doing for a while. That all started when I saw a stock photo in a picture frame in a gift shop and felt the need to insert my ugly mug into the shot with the happy family. After that decision, I found myself as “ The Stock Photobomber” for 3 years, which is akin to an Instructoartist.
What are your thoughts on where you are now, as you look back on your creative journey?
I feel so lucky that I got to make a career out of doing something I truly enjoy. Amazingly, after all this time, I still get excited when I come up with ideas. And I love getting to see them come to life. I also feel very fortunate to be able to pursue creative projects that were just for the sole reason that I wanted to do them. No other reason. No brief, no client asks. I had an idea and I chased it.

What do you feel creative people over 50 can offer over someone 20 years their junior, things that are unappreciated, or just plain overlooked?
Things that are grounded in a strong concept. I feel like some of the ideas I’ve heard pitched in meetings by younger teams don’t have an idea behind them, they’re just about an execution. Tweeting something for a brand, working with an influencer or posting something on Instagram isn’t an idea, those are ways of executing an idea. I don’t care what the execution is, it’s got to have a concept behind it.
I also think the art of storytelling seems to be better utilized with our older generation of creatives. I worked at places like Cliff Freeman and Partners, where it’s all about stories and characters in those stories. Even if an ad is 30 or 15 seconds, you can tell a story in that time. Even 6 seconds. It’s hard, but you can do it.
I’m going to stop there because I”m starting to sound like an old guy on the porch yelling at the young creatives walking by, “Get off my lawn and make sure you have a concept behind your ads you damn kids!!”
"It’s healthy as a creative to pursue side projects that aren’t advertising. It stretches you as a creative and feeds your soul... and makes the things that frustrate you in the ad industry less frustrating."