–  G A R Y   D O Y L E  –
The only thing that could impress us more than Gary’s ad after brilliant ad for Porsche is if he were, like, a key member of Barack Obama’s advertising team in his first successful presidential run in 2008.  Which, of course, he was (#hero). Of course, Gary couldn’t stop there. No, his laundry list of incredible accomplishments also includes Group Creative Director/Senior Vice President at Cramer Krasselt with a portfolio of work that’s been recognized by every advertising award out there, adjunct professor at the Loyola University School of Communications, and co-host of the internationally acclaimed podcast "So There!"  But guess what? We were lucky enough to get him to share more than a few brilliant words with us. So there. 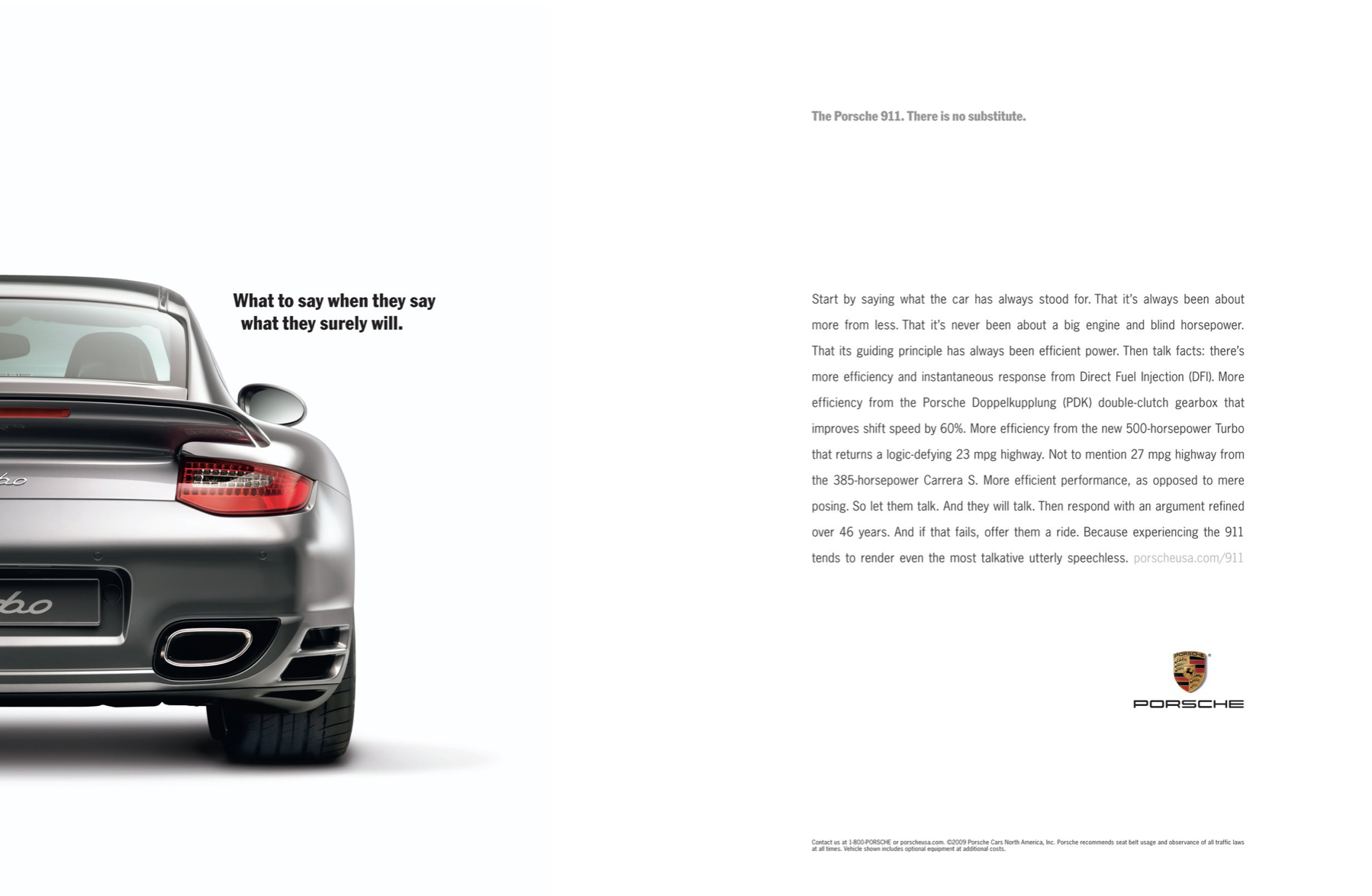 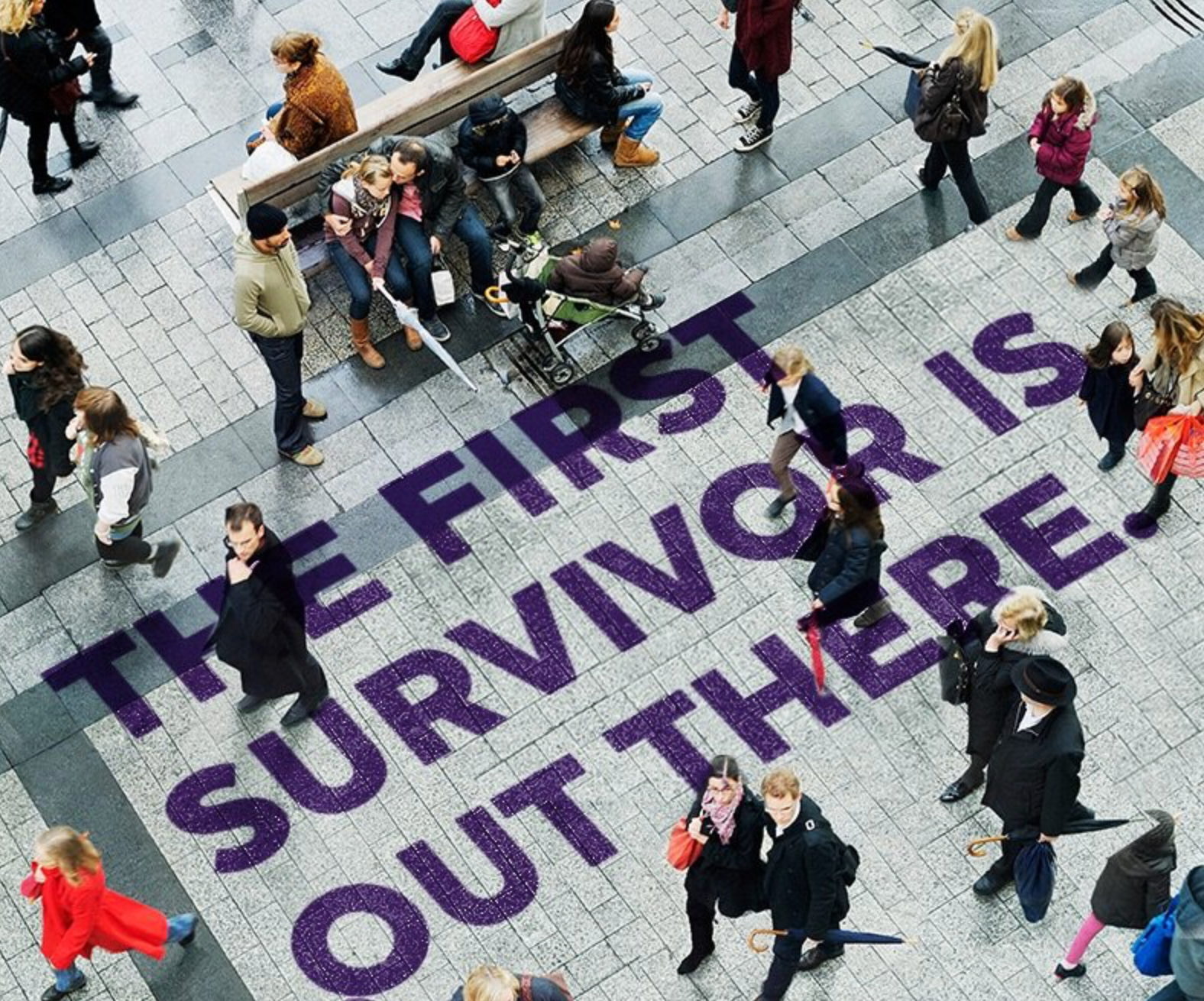 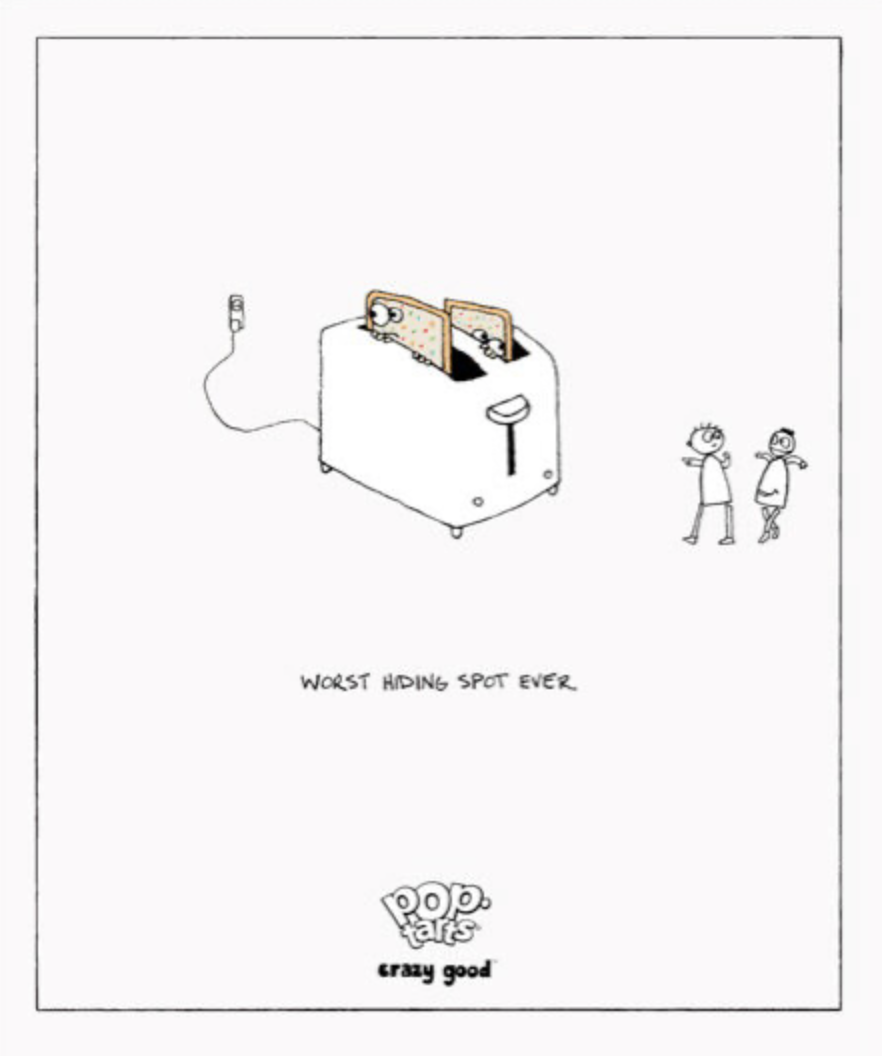 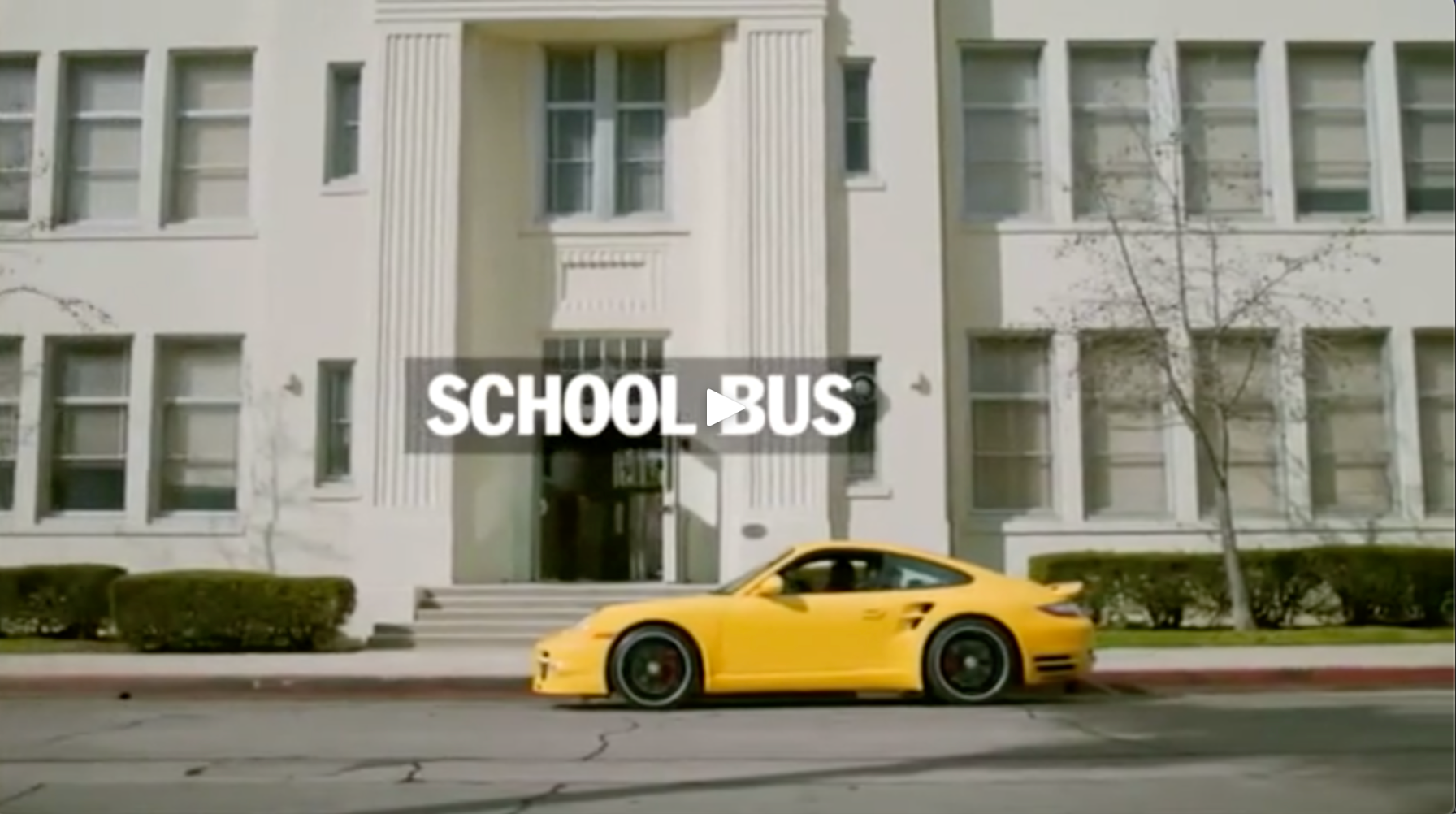 Is ageism in the industry something you thought about in your 30s?  Your 40s?
I maybe thought about it in my 30s. I definitely thought about it in my 40s. As you reach your 40s you start to look around and go huh, there aren’t too many 60-year-olds walking the halls unless they run the place.  So that’s a wake-up call.
Is ageism something that’s affected you?  What are some of the challenges you faced as a person who was getting older in the business?  Do tell.
There’ve been some times when someone’s said something to you where you’re like “huh, what you just said there…that sounds a little like ageism!” But honestly, for the most part I’ve been lucky enough to work for agencies that look at the idea first, not the age of the person who has it.
Tell us about your own creative journey.  What are your thoughts on where you are now, compared to your mindset when you were in the beginning of your career?
I never wanted to get into advertising. Actually, that’s one of the things I like about advertising, that it’s full of people who never really meant to get into it. They kind of just fell into it. It’s like the land of misfit toys, which makes for some entertaining people.
I studied journalism and political science in college. I was going to be a White House correspondent, one of those guys who says “this is Gary Doyle, reporting from the White House.” Problem is when I graduated, I realized there were only three people in the whole country who did that job, and they worked for CBS, NBC and ABC (this is pre-internet, in case you hadn’t figured that out.) Kind of a limited employment outlook. So it was time for a plan B.
I’d taken an ad class in college where the instructor was cool, so after I got bored with my magazine-editing job out of college, I thought maybe I should try this advertising thing. And I applied to be a copywriter.
So I walk into the CD’s office and he’s like, you know advertising is all about persuasion, right?  I didn’t, but I’m like, “uhhhh…yeah!”.  So he says, I’m going to see how persuasive you are. And he proceeds to give me an assignment. He says, picture this imaginary guy. He’s got two houses, three cars, an ex-wife, a boat. Way overleveraged. And he wants to get a loan for another boat. And so this CD’s assignment is basically, write a letter to the bank persuading them to give this guy a loan.  An ad for the guy, essentially.
So I write the letter, come back the next day, and he says “not bad. You’re hired.” Turns out that CD was the imaginary guy who needed the loan for the boat. And you know what? He got the loan.
My mindset then is pretty similar to my mindset now. When I was in school at Indiana, Bobby Knight was the basketball coach. Now, Bobby Knight was definitely a bit of a nut, but he also had some good notions. One of them was, his teams were essentially competing against themselves. Meaning if they played their hardest, it almost didn’t matter if they lost. They’d succeeded by giving it everything. That’s what I’ve always tried to do, on every assignment. And if the idea doesn’t sell, or someone beat me, that’s okay if I felt like I worked as hard as I could on it. Because what else can you do?

What do you feel creative people over 50 can offer over someone 20 years their junior, things that are unappreciated, or just plain overlooked?
Oh man, where do I begin. Perspective. Empathy. When to fight. When to give. A bit of consolation from someone who’s fought the same battles.
But the flip side of that is, I learn from them. And trust me, I have a lot to learn. One of my favorite expressions I’ve ever heard in this business is Dan Wieden’s “come to work dumb every day.” Come to work with a learning mindset. Don’t think you have all the answers. Nobody does. And stuff’s changing so fast, anyone who claims to have all the answers should be taken with a massive grain of salt.  So keep an open mind, and open ears. The studio designer just out of school probably knows a hell of a lot more about some things than you do.

"Come to work with a learning mindset. Don’t think you have all the answers. Nobody does. And stuff’s changing so fast, anyone who claims to have all the answers should be taken with a massive grain of salt."
What is your advice to people who are nearing or over 40 in the ad industry?
Keep learning. Keep growing. Stay open to things. Don’t sneer at anything unless you have good reason to do so. I love TikTok. I thought NFTs were kind of ridiculous until I started learning about them. That’s when I realized NFTs are just another form of ownership. So now I’m thinking, that could be huge for agencies, because we’ve never really thought of us owning our own ideas. Could they have value?  I don’t know. But I try to keep an open mind.
Also keep raising your hand. When my agency won Porsche, I kept raising my hand for the smallest things. A dealer ad. A DM piece. Whatever. I love cars, and I love the brand, and I got the voice, so even though I was busy running several other accounts, I was like “let me take a whack at that.” So I kept getting more and more assignments, and eventually I came to be creative lead on the brand, and did some of their most successful, iconic work, and a ton I’m super proud of.
And another funny thing happened: I did so many ads, met so many owners, that the brand kind of got into my blood, and I bought a 911.  A used one -- I can’t afford a new one. And I’ll tell you what: everyone should own one of those cars once, if they can. They’re everything they’re said to be.
How are you approaching the next 10 years?  What does your future hold?
I have no desire to retire. I still like my job. I still like advertising. I never think on a Sunday night, “Shoot, I have to go to work tomorrow.” Never. And I still don’t. That’s a blessing, and I never take it for granted.  Don’t get me wrong, it’s not like I’m doing cartwheels on Monday mornings. But I still like the job.
"When we understand the value of our ideas, that brings with it its own power."
What do you see as potential solutions for ageism in the industry?  Any thoughts on possibly unionizing?
I don’t know about unionizing. Maybe. What I’d rather see is creatives (and agencies in general) having more appreciation for the value of their ideas. This stuff isn’t easy, and not a lot of people can do it. But when we understand the value of our ideas, that brings with it its own power, I think. And that can take many forms, from how much free-lancers charge to how agencies allow clients to treat them.
What are some positive things you’ve experienced as you’ve grown older in the business?
I think the industry generally has a better approach to work-life balance. The days of ECDs roaming the halls at 9 pm wondering where everyone is, and thinking they’re not working hard if they’re not there, seem to have gone the way of, which I think is healthy. And it’s better for your work if you’re out experiencing the world, being a cultural sponge.
And speaking selfishly, another positive thing I’ve experienced as I’ve grown older in the business is getting better at the business. Honestly, I think I’m a better CD than I’ve ever been – better with ideas, better with clients, better with helping the youngs (as my daughter calls them) get better and manage their career better.